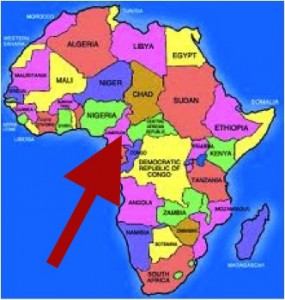 The former French Cameroon and part of British Cameroon merged in 1961 to form the present country. Cameroon has generally enjoyed stability, which has permitted the development of agriculture, roads, and railways, as well as a petroleum industry. Despite a slow movement toward democratic reform, political power remains firmly in the hands of an ethnic oligarchy headed by President Paul BIYA.

Cameroon, in West Africa, is a mixture of desert plains in the north, mountains in the central regions, and tropical rain forests in the south. Along its western border with Nigeria are mountains, which include the volcanic Cameroon Mountain—the highest point in West Africa. Some 250 ethnic groups speaking about 270 languages and dialects make it a remarkably diverse country.

The Republic of Cameroon is a union of two former United Nations Trust Territories—French Cameroon, which became independent in 1960, and southern British Cameroon, which joined it after a 1961 UN-sponsored referendum. English and French are both official languages.

Varies with terrain, from tropical along coast to semiarid and hot in north.

Sometimes referred to as the hinge of Africa; throughout the country there are areas of thermal springs and indications of current or prior volcanic activity; Mount Cameroon, the highest mountain in Sub-Saharan west Africa, is an active volcano.

Note: Estimates for this country explicitly take into account the effects of excess mortality due to AIDS; this can result in lower life expectancy, higher infant mortality, higher death rates, lower population growth rates, and changes in the distribution of population by age and sex than would otherwise be expected.

To Find out how you can help: